The Seneca Property team brings together decades of real estate experience alongside first class capabilities in finance, structuring and underwriting. 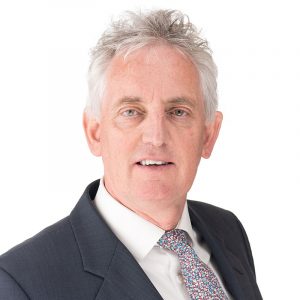 Jeff co-founded Seneca Property in 2017 having enjoyed a long and distinguished career in real estate, working for some of the UK’s leading property companies.

Jeff is a Chartered Surveyor, and his 30 years of real estate experience has seen him transact in excess of £3bn worth of property in the UK and Europe. Most recently, he was an equity partner and CIO at Henley Investments, as well as having been a Managing Director and Head of Investment at BlackRock and Merrill Lynch respectively. Jeff’s broad real estate experience also includes roles with numerous operating businesses, and he has served on the Board of Premier Marinas, Tower 42, BlackRock Workspace Property Trust and The General Practice Group. 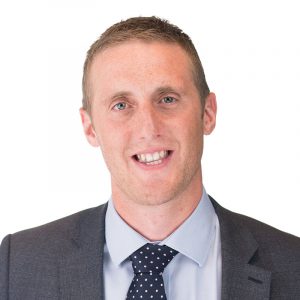 Chris joined Seneca Partners in January 2016 prior to co-founding Seneca Property during 2017. He is responsible for the financing and structuring of Seneca’s property investments, as well as wider management and operational matters.

Chris comes from a private equity background having joined Seneca from Henley Investments, a real estate focused private equity firm. At Henley, Chris managed the Deals Team and transacted on deals worth several hundred millions of pounds across multiple sectors and territories and during this time Henley’s AUM tripled to over £800m. Chris spent the first six years of his career at PwC, where he worked in the Deals team on a range of corporate transactions in PwC’s Leeds and London offices, and qualified as a Chartered Accountant in 2010. 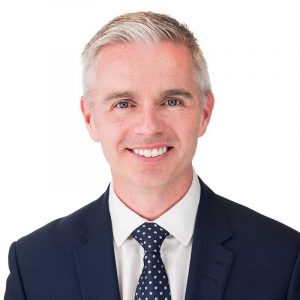 Richard serves as Chairman of Seneca Property having also been an original partner, and now CEO, of Seneca Partners, the founding member of the Seneca group of companies.

He qualified as a chartered accountant with KPMG in 2003. He worked for KPMG for over five years, initially in their audit business and latterly in their corporate recovery division working on financial and operational restructurings and formal insolvencies. In 2007, Richard joined NM Rothschild’s leveraged finance team in Manchester before joining Cenkos Fund Managers in June 2008. During his time with Cenkos he was the manager of a £60m pre-IPO investment fund. Richard has extensive experience of flotations, fundraisings, mergers, acquisitions and restructurings and holds a BSc (Hons) in Mathematics from the University of Birmingham. 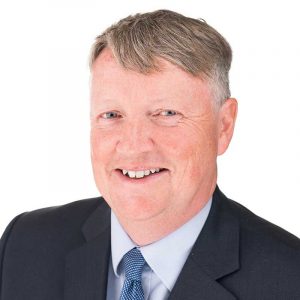 Ian Currie is a senior figure in the North West corporate finance community having enjoyed a successful and high profile career spanning 35+ years. Ian was a founder of the Seneca group, and remains actively involved in a number of businesses including Seneca Property where he serves as Non-Executive Director.

Ian qualified as a chartered accountant in 1986 with KPMG and has been involved in corporate finance with Peel Hunt & Co, Apax Partners & Co and Altium Capital. Ian sits on the Board of Hedley & Co Stockbrokers, is Chairman of Seneca Investment Managers, is a partner of Palatine Private Equity LLP and is on the Board of Trustees for the Lowry Arts Centre in Salford, Manchester. 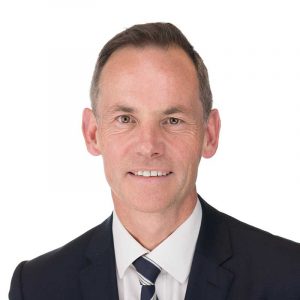 Tim is an experienced Investment and Banking professional who brings a wealth of experience to his role as Non-Executive Director of Seneca Property.

Tim commenced his finance career with Barclays in 1983 where he fulfilled various corporate and credit roles, before joining County Natwest in 1990 where he held a number of positions in structured and acquisition finance.

In 1993, Tim joined the Royal Bank of Scotland’s fledgling Acquisition Finance business, initially establishing the Leeds office. He was subsequently responsible for all UK regional teams before in 2002, founding RBS Corporate & Structured Finance. As Joint Managing Director, he had overall responsibility for the National Mid-Cap structured finance business, whilst also being a member of the Banks Corporate Credit Committee.

In 2005, Tim was hired by Deloitte (Manchester) as a corporate finance partner with the remit to establish the National Debt Advisory business, advising on capital raising and stressed debt refinancing. 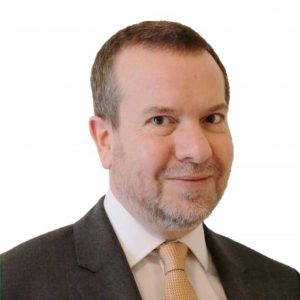 Stuart joined Seneca Property in 2019 to co-found its social housing investment business, Seneca Social Housing, which is focused on investment in residential property serving a social or government purpose. Stuart has extensive experience of the social housing and alternative market sectors, as well as the wider UK real estate investment market, gained over a 25 year career.

Stuart is a bachelor of law (LL.B) after studying at Brunel University 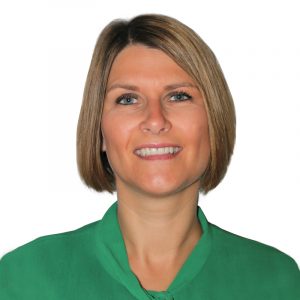 Zoe joined Seneca Property in 2018 as Financial Controller and is responsible for the day to day management of finance operations across Seneca Property’s portfolio.

Zoe graduated with a degree in Accounting and Finance from the University of Lancaster before joining Deloitte where she qualified as a Chartered Accountant in 2004. In 2005, Zoe moved into the manufacturing sector, initially working for Georgia Pacific before joining Carlisle Companies Inc in 2008. Zoe enjoyed 10 successful years with the multinational manufacturer serving as the FC for the group’s UK Interconnect Technology Division. In this role Zoe was responsible for managing the finances of the multi-site OEM provider and its 80-strong workforce.

As Seneca Property’s portfolio expands, a key aspect of Zoe’s role will be to seamlessly integrate accounting systems across acquisitions and help drive bottom-line improvements through streamlining of cost centres and improving revenue management. The experience Zoe brings from her previous employers will be fully utilised in this important role. 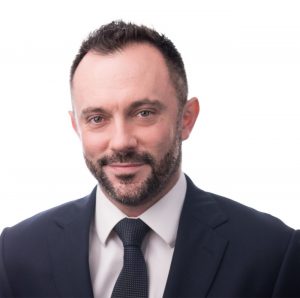 Paul joined Seneca Property in 2018 as Head of Sales for Biz Hub, Seneca’s serviced office business, and is responsible for growing occupancy through successful partnerships with agents and introducers.

His structured approach to sales management, commitment to service delivery and experience of managing complex multi-tenanted assets will help ensure our business centre proposition is a great choice for SMEs looking for flexible space and a high quality service proposition.

Paul graduated with a degree in Urban Planning from the University of Nottingham. He started his career in the rail industry, initially working on the West Coast route upgrade programme, before managing major stations in central London. He then moved to BAA where he spent 8 years as a Senior Manager at Edinburgh Airport. Consulting roles at Manchester and Dublin Airports followed, before Paul moved into a commercial role within the real estate and alternative lending sectors.

Paul has an MBA (with Distinction) from the University of Strathclyde.  His dissertation explored the wider economic impacts of EIS investing into both privately-held and AIM-listed companies. 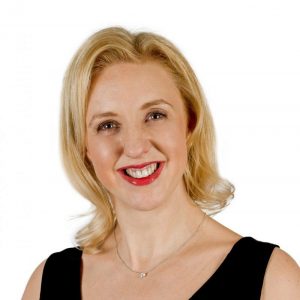 Vicky has over 20 years’ experience working in the property management industry, having worked for some of the largest multi-occupancy operators in the UK. Vicky brings creative flair to the Biz Hub team and is currently leading a £500,000 transformation of our estate as we modernise facilities and introduce a wide range of new amenities for our customers. 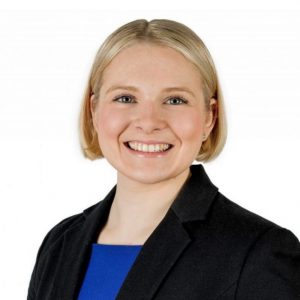 Jade joined Seneca Property in 2019 as Investment Executive and in this role she provides broad transactional support to all of Seneca Property’s growing investment activity including the structuring, financing and executing of new transactions. Jade previously qualified as an ACA with Grant Thornton where she worked in the Assurance and Corporate Finance teams. 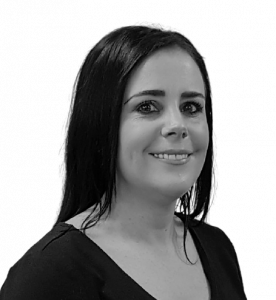 Having joined Seneca in 2019, Leanne ensures that Seneca’s 2,000+ annual enquiries from prospective tenants are dealt with in a timely and efficient manner 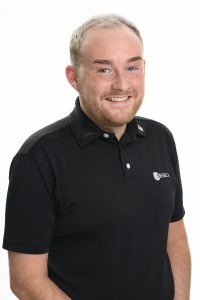 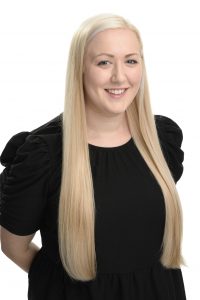 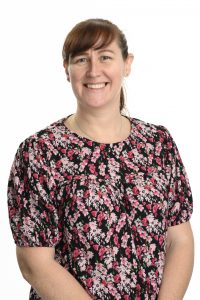 If you would like to discuss a potential investment opportunity, please contact us and a member of the team will be in touch with you shortly.

Or via phone or email on

This website uses cookies to improve your experience while you navigate through the website. Out of these, the cookies that are categorized as necessary are stored on your browser as they are essential for the working of basic functionalities of the website. We also use third-party cookies that help us analyze and understand how you use this website. These cookies will be stored in your browser only with your consent. You also have the option to opt-out of these cookies. But opting out of some of these cookies may affect your browsing experience.
Necessary Always Enabled
Necessary cookies are absolutely essential for the website to function properly. These cookies ensure basic functionalities and security features of the website, anonymously.
Functional
Functional cookies help to perform certain functionalities like sharing the content of the website on social media platforms, collect feedbacks, and other third-party features.
Performance
Performance cookies are used to understand and analyze the key performance indexes of the website which helps in delivering a better user experience for the visitors.
Analytics
Analytical cookies are used to understand how visitors interact with the website. These cookies help provide information on metrics the number of visitors, bounce rate, traffic source, etc.
Advertisement
Advertisement cookies are used to provide visitors with relevant ads and marketing campaigns. These cookies track visitors across websites and collect information to provide customized ads.
Others
Other uncategorized cookies are those that are being analyzed and have not been classified into a category as yet.
SAVE & ACCEPT
Powered by